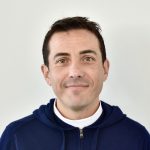 Johnny Kurcina grew up in Vienna, VA, and now lives here with his wife, Sarah and their three kids Grace, John and Luke. He moved away for college and the years that followed as he pursued his calling to the ordained ministry. Johnny and his family moved back to Vienna in 2007 in order to lay the groundwork for the starting of a new Anglican church. Christ Church Vienna began public worship in November, 2011 and Johnny has served as the Lead Pastor since its inception.